Learn2Tape was founded on the principle that the key ingredient to a successful kinesiology taping treatment is not the brand of tape utilized but rather the proper application of any quality brand of kinesiology tape. Just as with the development of the first automobile, where all manufacturers who came after followed the initial successful pattern with minor modifications designed to set their product apart, the wide variety of kinesiology tape options on the market today all followed the same successful pattern: Create a lightweight flexible tape with good adhesive qualities that can stretch and recoil with the skin while the body is in motion.

Learn2Tape’s objective is to teach you how to use kinesiology tape properly, regardless of the brand of tape you choose. It’s often said that if you want to be successful you need to do the ordinary things extraordinarily well. While taping yourself, or someone else, may seem ordinary, positive results come when you apply the tape extraordinarily well. With this in mind we set out to design a system that would both simplify understanding of the principles of proper application and aid in the retention of those same principles. This led us to develop the our proprietary K-Cuts Taping System.

With over 40 years of combined experience in both curriculum developement as well as the clinical application of massage therapy, Drew Freedman and Rick Garbowski have developed a simple approach to a very common problem; successfully applying kinesiology tape to assist with your clinical objectives. 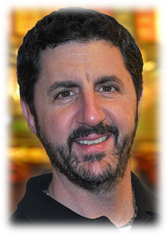 Learn 2 Tape™ and the K-Cuts Taping System emerged from over 18 years of hands-on clinical practice and research by its developer, Drew Freedman. Drew is the principal and founder of Learn 2 Tape™ and The Boston Bodyworker™. Established in 1999, The Boston Bodyworker™ has been the leading provider of clinical massage and bodywork in New England for over 18 years. Drew Freedman is a Board Certified Massage Therapist (BCMT). He is a graduate from the University of South Florida’s Sports Medicine program where he served as an Athletic Trainer for their Basketball and Volleyball teams. Drew has also had the good fortune of working with several College, Professional and Olympic teams throughout his long career. He originally started using kinesiology tape in the early 2000’s and eventually became a Certified Kinesio Taping Practitioner (CKTP™) through the Kinesio Association in 2007. In 2010, Drew chose not renew his certification with Kinesio and pursued his vision of creating Learn2Tape® and the K-Cuts Taping System®. The K-Cuts Taping System was created so manual therapists can easily comprehend and implement kinesiology taping into their own practices. By applying this system of taping to his patients, Drew has witnessed outstanding results that may not have been achieved as efficiently or effectively if not for the assistance of these applications. 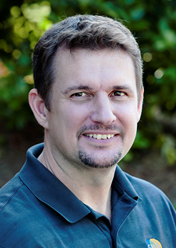 Rick is a state-licensed professional massage therapist who has held the positions of lead instructor, director of education, division director, and school owner during his 25-year career as an award winning massage therapy educator. His responsibilities have included developing curriculum, managing/training/scheduling a teaching staff, and providing student instruction and clinic oversight, in addition to managing institution-wide standards of accreditation and development of self-evaluation reports. Rick is an innovative curriculum architect who has developed both linear and modular program designs for numerous massage therapy and esthetics programs. He has experience with all levels of massage curriculum development including updating existing programs, expanding program hours to meet federal financial aid guidelines, merging multiple programs, and building programs from start to finish. Rick was one of four curriculum design experts in the country to be selected to participate in the Entry Level Analysis Project (ELAP), a two year research study that culminated in the development of a 500 page national massage curriculum blueprint for entry level massage therapy training. He has a gift for massage education, and has the unique ability to tailor his presentation style to meet the specific needs of his students.

Send us a message!

If you have any questions, please do not hesitate to send us a message!