Being just steps past the finish line of the Boston Marathon, April is commonly known as the official start of the running season up here. Of course, our running gladiators have been running all winter long, preparing for the third Monday in April, but those who aren’t, will be motivated by these epic folks and start their running programs.

One of the common conditions we see come through our doors are complaints of pain at the knee. The onset of the injuries can be sudden or may creep up over time. The problem we most commonly see are runners either “Googling” their issues or speaking with other runners to get information. Both are poor ways of determining what the problem(s) may actually be. Most runners throw terms like “runners knee” or “ITB friction syndrome” around so much, that they actually believe what they have is what their friend who runs 3 times a week and is a bookkeeper, told them. Careful assessment is always the best method of starting any treatment. 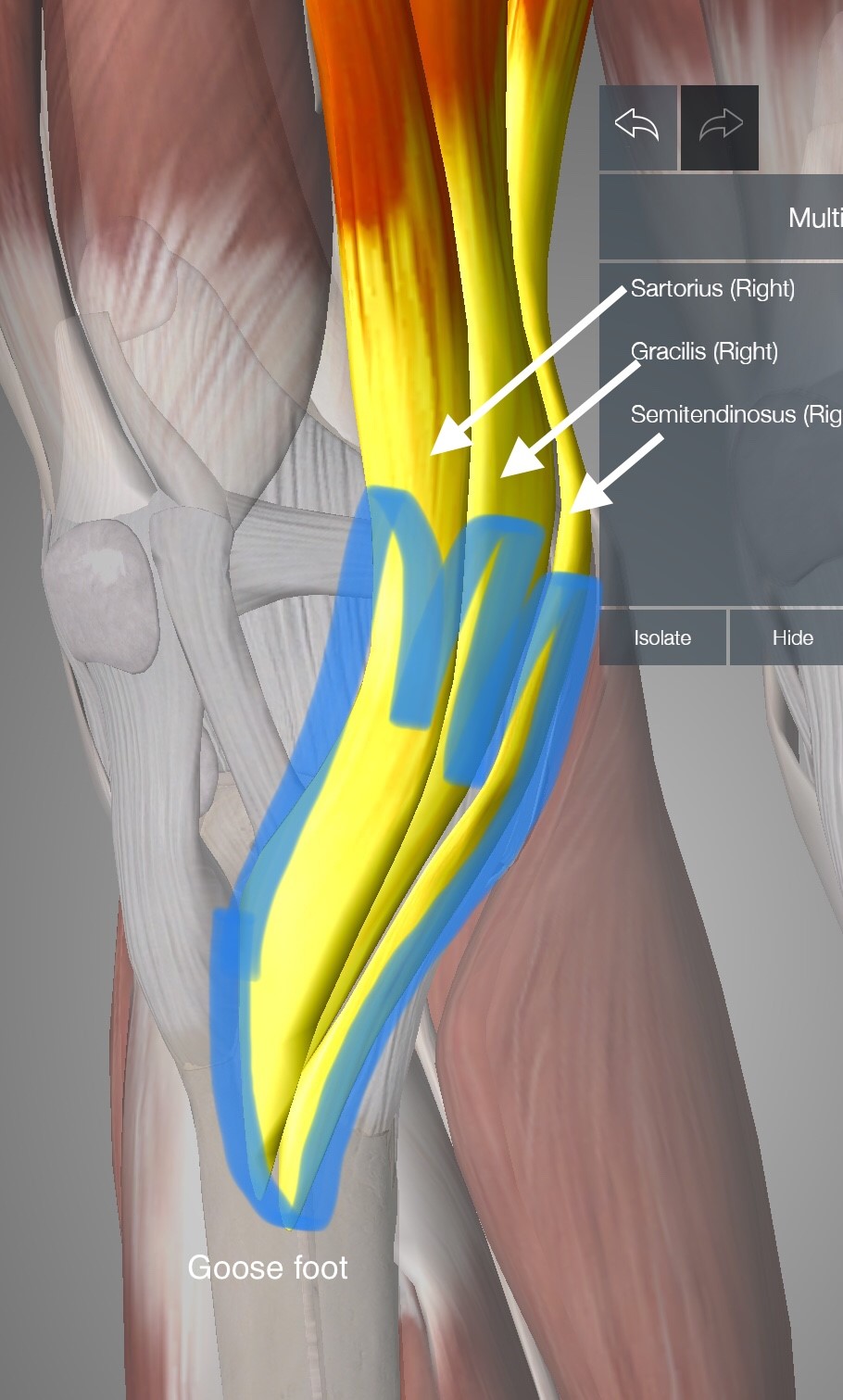 When treating runners, a frequently over looked but common condition (especially in women) is what is known as Pes Anserinus Tendino-Bursitis. This is the area just below the knee where the Sartorius, Gracilis, and Semitendinosus, conjoin. The tendons insert onto the proximal anteromedial tibia about 5 cm distal to the medial tibial joint line. They do so in a way that gives the appearance of a “Goose Foot”, hence the Latin term Pes Anserinus. These three muscles aid in both flexion and Tibial internal rotation.Beneath this area of tendon attachments is a bursa, that becomes inflamed.

Fortunately, if addressed throughout their training, this injury may never occur. However, once it does occur, with the exception of rest, massage and some kinesiology tape can make for a helpful tool to keep them on their pace.

There are several ways to tape for any condition. We never like to preach our way is the only way. However, as I have mentioned with my other suggested applications, this is what has worked best for me over the past 15 years of taping.

For an acute phase of this condition, there may be visual and/or palpable swelling. What type of application would you apply? Swelling! If the swelling is down and there is now only pain, what do you think the type of application might be? Pain! See? We’ve made it so simple for you. When you combine your soft tissue techniques with some kinesiology tape, you will see your athletes return to ‘go’ much faster. 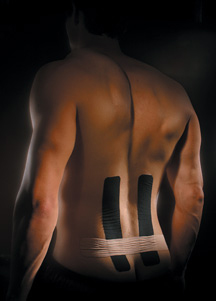